OCD and Addiction: Is There a Connection? 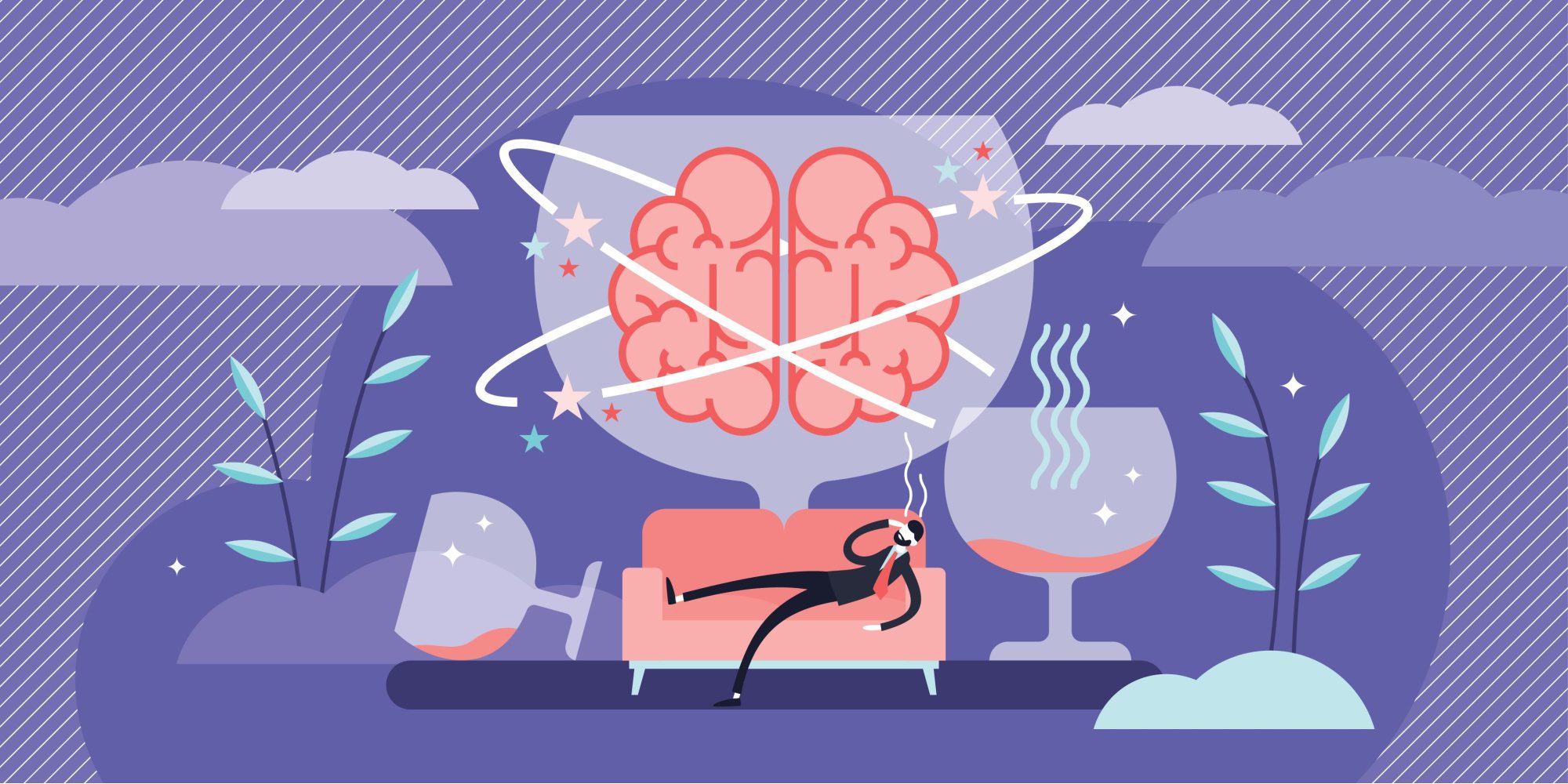 Table of Contents hide
Obsessive-Compulsive Disorder: An Overview
Addiction vs. Compulsion
How Are OCD and Addiction Connected?
Does OCD Cause Addiction?
Treatment for OCD and Addiction
Dual Diagnosis Program at Springbrook Behavioral Hospital
When people think about mental health conditions that coincide with substance abuse, their first thoughts may include depression or anxiety. However, any mental illness can exist alongside addiction. For example, current research suggests a connection between OCD and addiction. But what is the extent of their relationship? How often do they appear together, and how are they treated?

Below, we will answer all of these questions and more. Understanding the dynamic between OCD and addiction is crucial to preparing for a successful recovery from both. 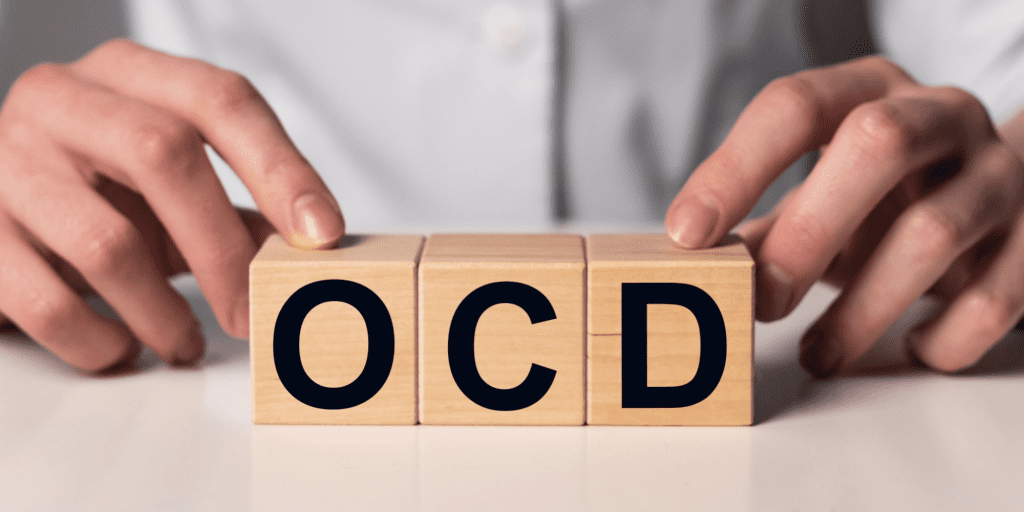 To fully grasp the relationship between OCD and addiction, it’s important to first understand how they work independently.

Obsessive-compulsive disorder (OCD) is a mental illness distinguished by distressing, cyclical thoughts and behaviors. Individuals with OCD spend multiple hours each day catering to these obsessions and compulsions.

Failure to do so often results in severe anxiety. In most cases, someone may only find relief by fulfilling their compulsions. If they try to ignore them, they risk their OCD symptoms worsening.

Examples of obsessive thoughts include:

To cope with these obsessions, someone may feel compelled to execute a variety of behaviors, such as:

From an outside perspective, OCD and addiction can present themselves in similar ways. After all, repeating the same action time and time again, even at the detriment of someone’s ability to function, may sound like addiction. This begs the question: Are people with OCD addicted to their compulsions?

Although there are certain similarities between the two, addictions and compulsions are two separate concepts. They are treated as distinct conditions for a reason, and though we’ll discuss potential overlap later on, each still poses its own unique challenges.

One way to illuminate the differences between OCD and addiction is to look at how someone acknowledges their condition. People with OCD often recognize that their compulsions are impractical or damaging.

On the other hand, denial often sits at the core of addiction. Someone with an addiction may not see the negative consequences of their actions until much later, if at all. Many don’t notice until they’re ready to seek treatment and professional help.

Another important distinction between compulsive and addictive behaviors pertains to someone’s purpose for doing them. Individuals with OCD don’t participate in compulsive behaviors for pleasure. Fulfilling a compulsion only provides them with temporary relief from their anxiety.

Conversely, those with addictions often partake in them for some sort of perceived benefit. For example, it may be for a rush of dopamine and euphoria. In other words, the experience itself rewards them in some way.

How Are OCD and Addiction Connected?

While an addiction is different from a compulsive behavior, OCD and addiction possess a connection in another way. Namely, they often exist together as co-occurring disorders, which may also be referred to as dual diagnosis. This means that someone has both a substance use disorder and an additional mental health condition at the same time.

In the case of OCD and addiction in particular, a substantial number of people live with both. An estimated two to three million adults in the United States live with OCD. Of those, over a third are likely to have a substance use disorder as well.

That being said, the exact rate varies between different studies. The lowest estimates suggest that one in ten individuals with OCD will engage in alcohol or drug abuse. Higher reports argue that the rate is closer to 40 percent. In addition, some experts believe the numbers could be even greater due to the prevalence of unrecognized or misdiagnosed OCD.

In any case, a significant number of people with co-occurring OCD and addiction exist. It’s important for these individuals to recognize both their conditions so they can seek the help they need.

Does OCD Cause Addiction? 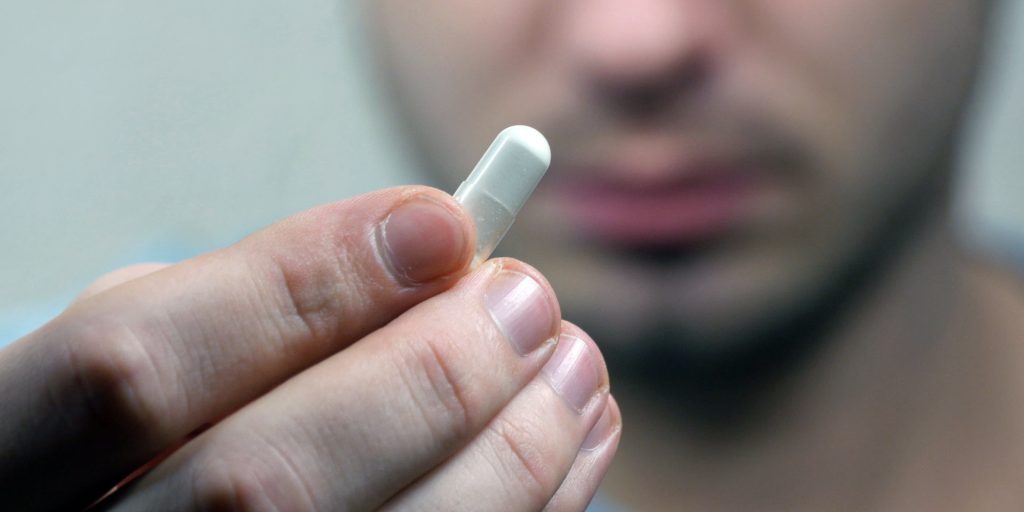 It would be an oversimplification to say that OCD and addiction share a causal relationship. In many cases, they develop independently. However, they may both manifest for similar reasons.

For example, risk factors such as genetics, environmental stressors, and other health conditions can all increase someone’s likelihood of developing OCD and addiction. Similarly, when they develop one, they have a higher chance of developing the other as well.

Something else to keep in mind is that, as discussed above, addictions and compulsions are not the same. Performing compulsive behaviors does not offer a reward. Drug and alcohol use, however, does provide a benefit, albeit temporarily.

Therefore, to escape the anxiety caused by their OCD, someone may try to self-medicate using drugs or alcohol. The euphoric or calming effects of substances can help them cope with their symptoms, especially if they lack the proper support elsewhere.

Treatment for OCD and Addiction

Since they appear together so frequently, many people want to know how treatment for OCD and addiction works. Fortunately, in today’s time, many treatment facilities offer specialized care tailored to this exact issue.

Springbrook Behavioral Hospital accomplishes this through a world-class dual diagnosis treatment program. Instead of making patients treat their OCD and addiction separately, a dual diagnosis program is specifically designed for those with co-occurring disorders.

Some of the treatment options utilized by our dual diagnosis program include:

Furthermore, our dual diagnosis program values flexibility. We recognize that everyone has a unique experience with OCD and addiction. Thus, we connect our patients with a team of licensed physicians and addictions experts.

This team provides medical advice, emotional support, and informed suggestions on how to optimize your recovery. Their dedication evolves into an individualized treatment plan designed to suit your personal needs.

Benefits of Dual Diagnosis Treatment for OCD and Addiction

Why is it so important to treat OCD and addiction together? To find the answer, we can turn back to the original discussion about co-occurring disorders. Remember that some individuals resort to substance use as a coping mechanism or means of self-medication.

When substance use becomes an addiction, treating it by itself would be ineffective in the long term. If OCD isn’t treated at the same time, the original symptoms that led someone to substances will remain.

In that scenario, history could very easily repeat itself. That person could relapse in order to escape their OCD symptoms, just as they did before. Instead, to avoid a cycle of relapse and worsening symptoms, they should take advantage of the dual diagnosis programs that exist.

Dual diagnosis treatment understands the connection between OCD and addiction on a deep level. It can help individuals learn to navigate both conditions without feeding into one or the other.

If you have additional questions about OCD and addiction treatment, Springbrook Behavioral Hospital can help. Call our admissions experts at 352-600-3288 with any concerns or queries. If you need more time to organize your thoughts, you may also submit a confidential contact form.

Even if you feel like your life is dominated by compulsions and addictions, know that you can regain control. We at Springbrook Behavioral Hospital would love to play a role in your inspiring journey. By reaching out for professional help, you take the first step toward long-term recovery.